A long time ago, in a galaxy far, far away…the stars went dark, flickering as they blinked out of existence. While it went by unnoticed by many, for a select few thousand, December 15th 2011 will forever be known as the day their worlds changed forever.

On this day, Star Wars Galaxies’ servers shut down for the final time.

It wasn’t too long after that the familiar “Ding!” of a new email arriving in my inbox sounded. Followed by another, and then another. Community members I’d grown to know had responded from the wide reaches of the now non-existent galaxy.

The final question was finally able to be answered:

How did it end?

The closure of an MMO isn’t a new thing – games come and go as genres fluctuate – and we report on them like any other piece of videogame news. But there’s always been another question surrounding the closure of an MMO: what happens to the community?

Luckily, as SWG’s closure loomed back in 2011, I was given the opportunity to find out.

In a strange turn of events, I remember reading the review for Star Wars Galaxies in PC Powerplay Magazine some nine years earlier, begging my parents to allow me to hand over the monthly fee and lose myself to a Star Wars universe. “No” was the stern reply. Quickly followed by “You’re not wasting your time or money on those things.”

Little did I know, nine years later, I’d be writing Star Wars Galaxies’ obituary for that exact same magazine, and finding out whether it really was worth it after hundreds, or even thousands, of hours.

The response from the community was immense – some twenty thousand words worth of quotes and replies – and they could never all fit into one single article, but they all provided an amazing image of an outstanding community.

Talking to them was a privilege I’ll never forget, and it has truly changed the way I view time spent in front of this PC monitor where I whittle away the hours playing videogames. To that now broken and disparate community, I say thank you.

Available in Issue #201 of PC Powerplay Magazine, or online via Zinio. 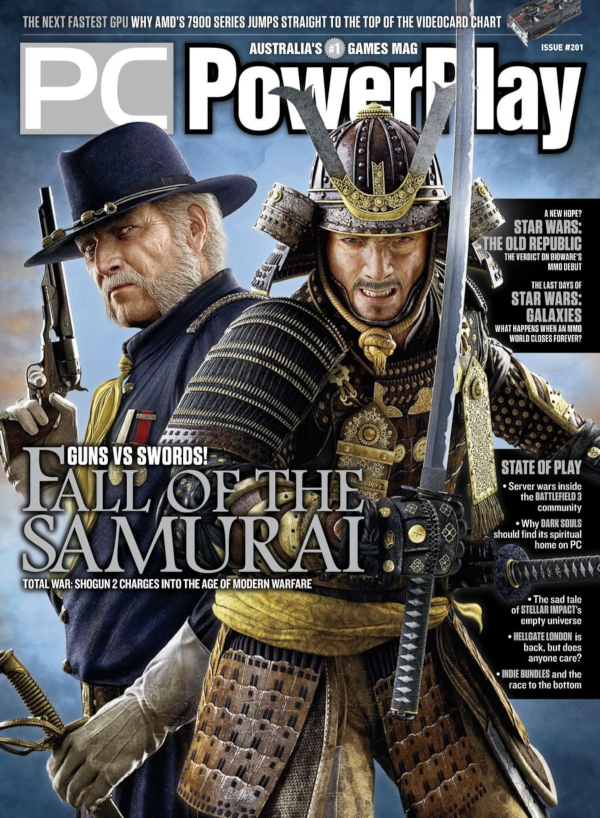 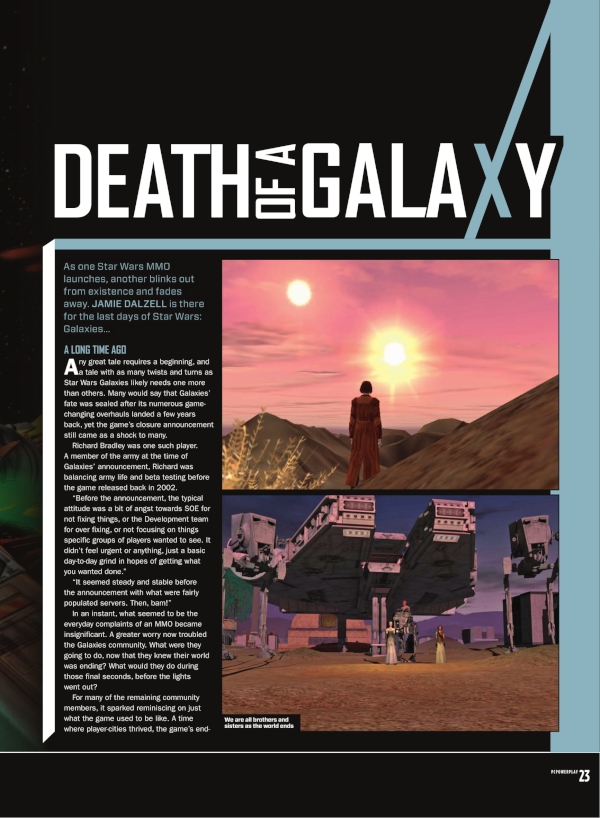