Ten years ago, a group of modders started building the rest of Morrowind, the mainland across the sea from Vvardenfell. Today, they’re halfway towards completing their project. Jamie Dalzell discovers the labour of love that is Tamriel Rebuilt…

My articles for PC Powerplay are quickly turning into a checklist written by ten-year-old me who read about games in this magazine’s pages and dreamed of one day featuring within them myself.

Much like Star Wars Galaxies, Morrowind was another game I read about in PC Powerplay and then proceeded to force my aged PC to run it while it screamed out an “I can’t do this!”.

In spite of the five minute load times and the fog that was so close you could almost taste it, I fell in love with Morrowind, and the Elder Scrolls as a whole.

The Elder Scrolls, and Bethesda, have moved on at this point. One, taking a trip North to find its Morrowind roots after the unsteady Oblivion, and the other joining the growing ranks of the MMOs based on beloved singleplayer franchises.

Yet for those who return to Morrowind today, whether for nostalgia or to lose themselves again, they find a beating heart not just holding on via life support, but rather beating louder now than it ever has before.

Bethesda’s track record for creating not just games, but a foundation on which a community can build upon, is strongest in Morrowind, where a team of volunteers work away tirelessly to create more areas for a Morrowind player to explore.

We discuss at length the past, present, and hopeful future of the project. And in time for the interview, the team has just released the third section of their six part project, marking the halfway point for the team.

Available in Issue #205 of PC Powerplay Magazine, or online via Zinio 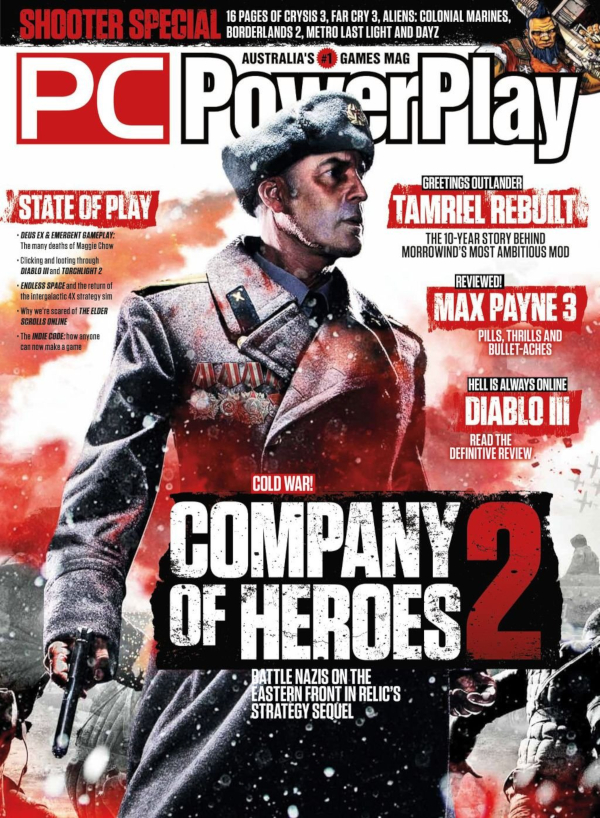 Across the Inner Seas: Rebuilding Tamriel